In 1973 a deposit containing green glassy spherules was discovered at a Quarry in Bristol, UK.  These spherules,  were found in a  mudstone layer which was Triassic in age and they are thought to be micro tektites that are 214 million years old. The  source crater has been suggested to be the 100km diameter Manicouagan Crater in Quebec, Canada.  This Bristol imapct layer deposit has now been totally removed by quarrying operations and no longer exists at that site. 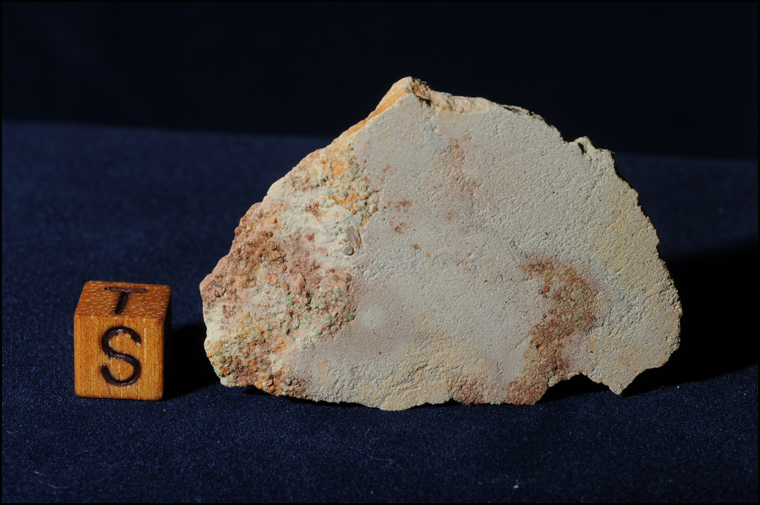 Closer view of the micro tektites in the 16.3 gram specimen 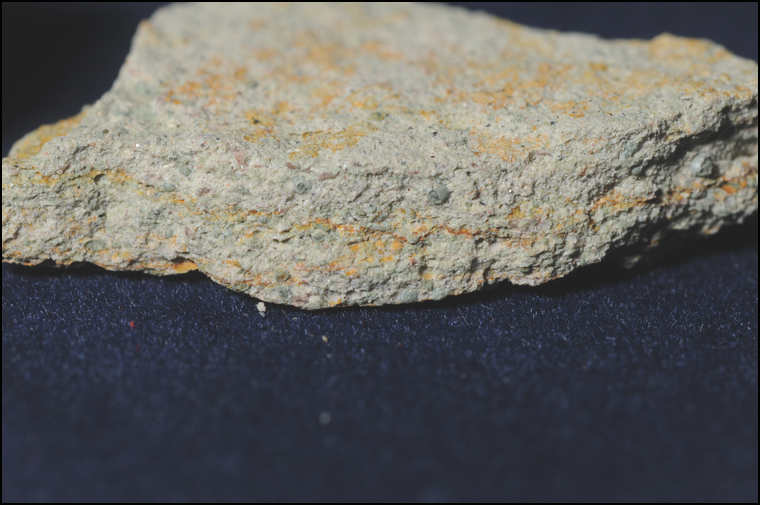