The Sikhote Alin meteorite fell at around 10:30 am on February 12, 1947. There was a bright fireball with multi coloured trail which remained visible for hours. At that time painter P. J. Medvedev was sketching the landscape through his window when what must have been truly an astonishing sight unfolded before him. Luckily he was able to record the moment for posterity with this resultant painting now being an iconic image of this historic meteorite fall. 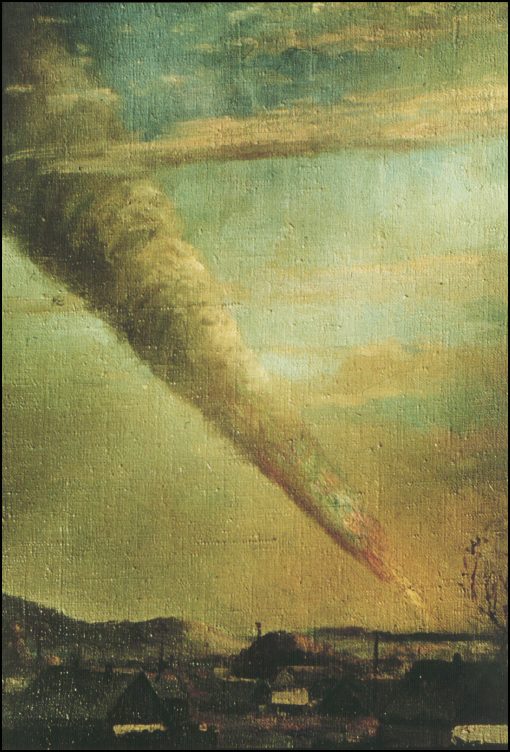 On November 20, 1957, the Soviet Union issued a stamp for the 10th anniversary of the Sikhote-Alin meteorite shower and the image used was that of Medvedev’s painting.