BIMS stand at ‘Meteorite day’ at the Manchester Museum

On 29th October 2012, some members of the British and Irish Meteorite Society (BIMS) consisting of myself, Graham Ensor, Luther Jackson and David Entwistle attended at Manchester Museum to set up a meteorite display. 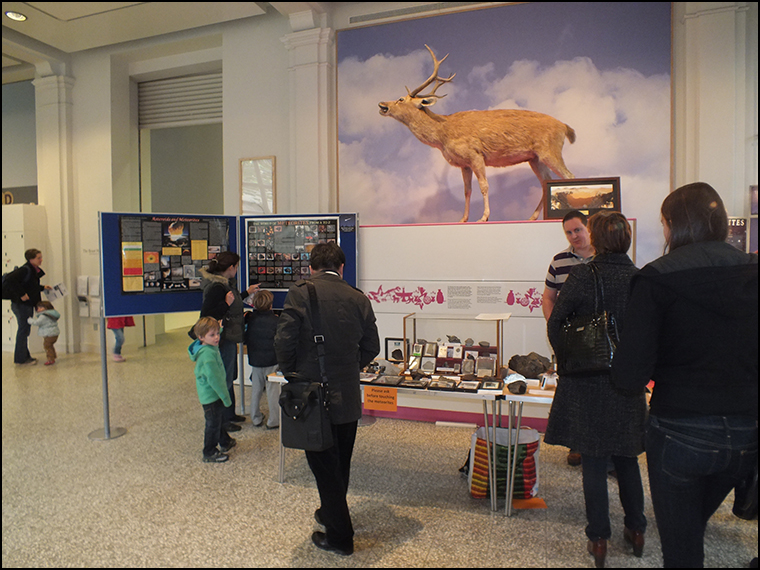 Our display in the main entrance foyer of the museum with a large stag as our backdrop!

This display was to be set up as part of  ‘Meteorite Day’ at the museum which was part of  Manchester ‘Science Week’ and was taking place during half term so we were expecting a constant stream of eager children and families passing by our display and we were not to be disappointed! 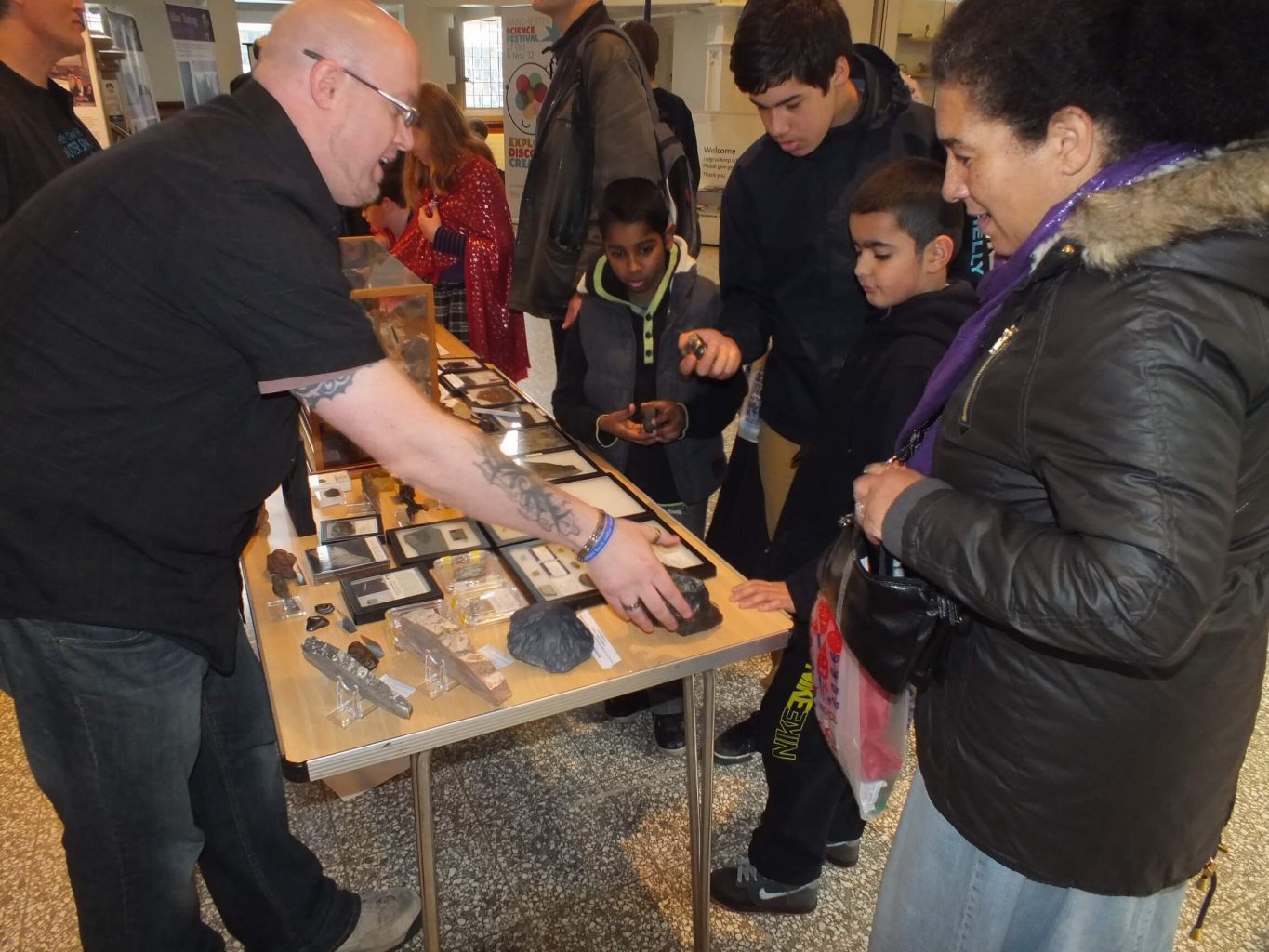 My 7kg Campo proved popular but people were amazed when i said that was in fact a small piece!

As well as our BIMS display there were also displays by Manchester University and the museum’s own Earth Sciences curator David Gelsthorpe. The group from Manchester University was the Isotope Cosmochemistry and Geochemistry group and they had plenty of meteorite thin sections for visitors to marvel at. They were also conducting impact experiments and had a live ‘make your own comet’ display. 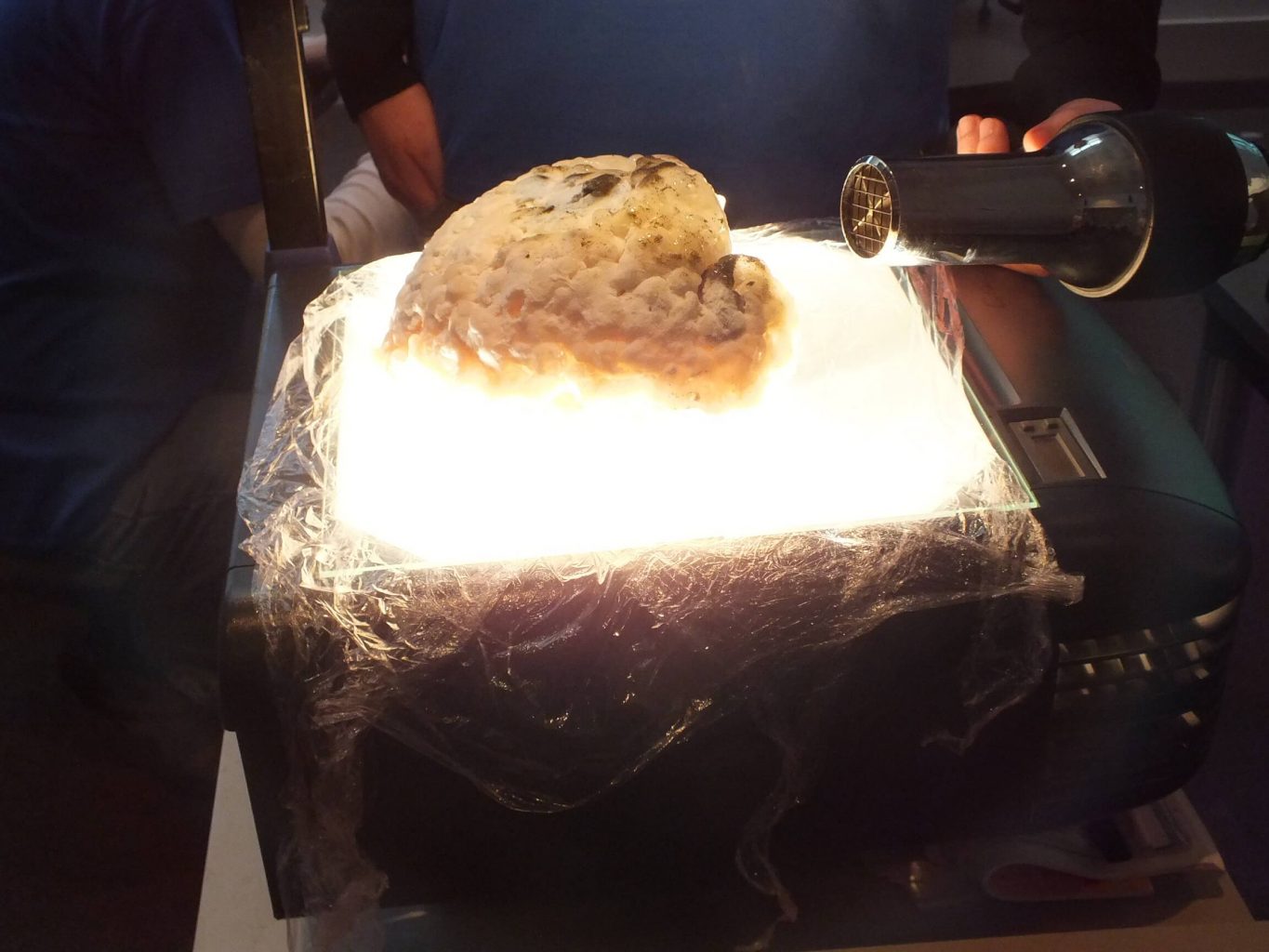 A live ‘make your own comet’ experiment.

David Gelsthorpe  had some of the museums own meteorite specimens on display but unfortunately we never really got a chance to take a look as everyone was kept so busy! The day officially opened to the public at 9am but we  had plenty of eager visitors attend our display even as we were setting up.  At our stand we had specimens on display from my own, Graham’s and Luther’s collections and we also ran a ‘guess the meteorite’ competition to win some meteorites which proved very popular :– ) 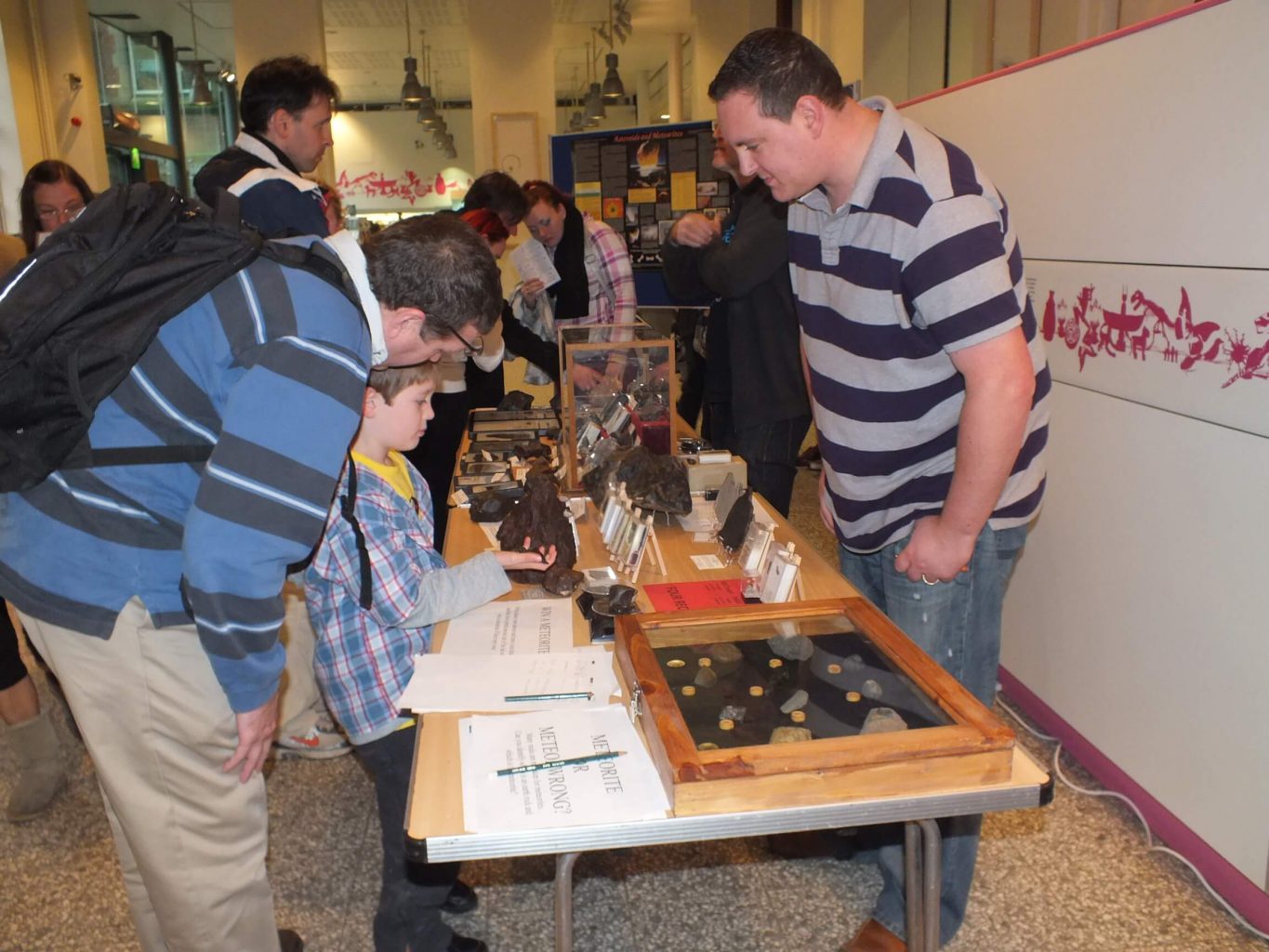 ‘Meteorite Day’ was definitely judged to be very succesful and great fun was had by everyone, be it visitors or stall holders. We truly had a brilliant day talking space rocks and inspiring the public about these amazing cosmic visitors. Although we all had sore throats from non stop talking all day we decided that it was a price that was very much worth paying 🙂 Hopefully this event will be a regular fixture at the museum and we look forward to taking part in years to come.

A few days after the event I went through all the winning entries to our competition and at random picked out 3 winning entry slips. The lucky winners were Georgia and Jamie Colling, Thea Crook and Victoria Turner, they each recieved a specimen of NWA 869, Tatahouine and Henbury.  They were all very pleased to have won some meteorites of their own 🙂 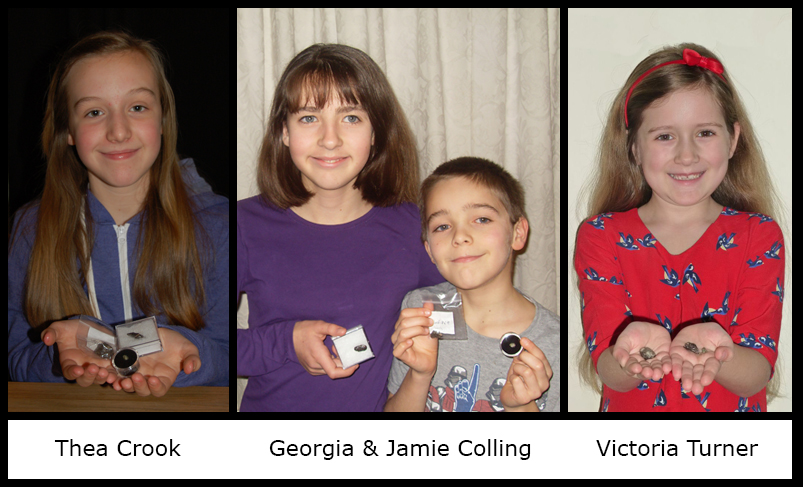 Luther Jackson has put together a short video which captures some of the atmosphere of the event, thanks Luther 🙂

The British and Irish Meteorite Society

The Isotope Cosmochemistry and Geochemistry group