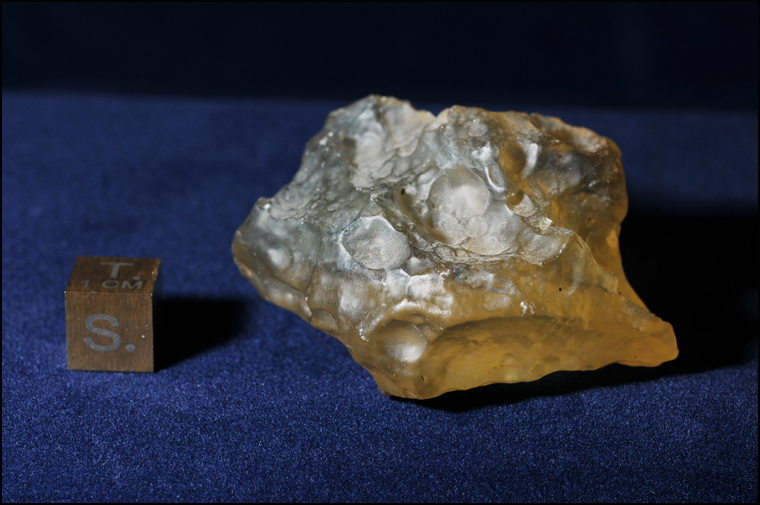 Since the discovery of LDG there have been numerous suggestions as to what it actually is and it has generated much debate. Origins have been suggested such as being Volcanic ejecta (both terrestrial and lunar!), Material made by lightning strikes hitting the earth, that they are meteorites or tektites and lastly an impact related terrestrial product of a meteorite/comet impact with the earth. This last origin is what is generally accepted now that LDG was formed during an impact to the Nubian sandstone that underlies this region. The chemical composition of the Nubian sandstone and the LDG are very very similar. An impact structure named the Kebira Crater was found in 2006 and is thought to be the source crater. Kebira Crater is 20 times the diameter of Meteor Crater and is situated about 80km from the center of the LDG strewnfield. LDG has been aged at 28.5 million years old by fission track dating methods. LDG has historically been used to make tools and also for decorative purposes. LDG was even found in King Tutankhamun’s tomb, a scarab carved from LDG adorns a necklace found within the tomb, see below photo. 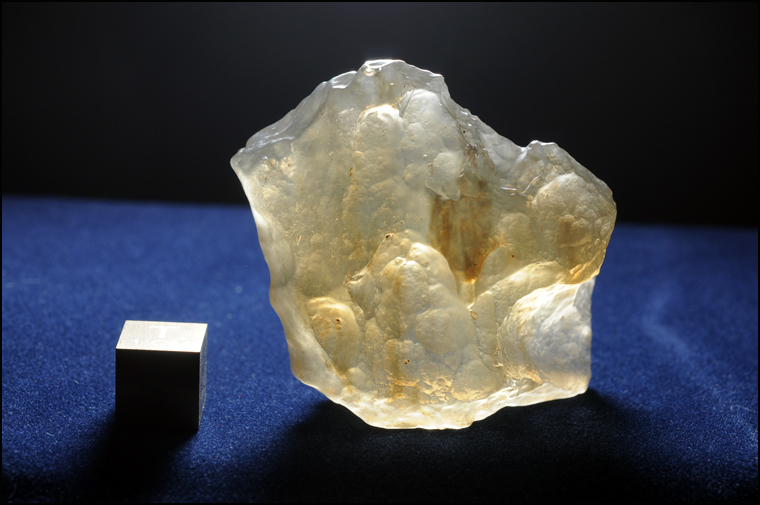 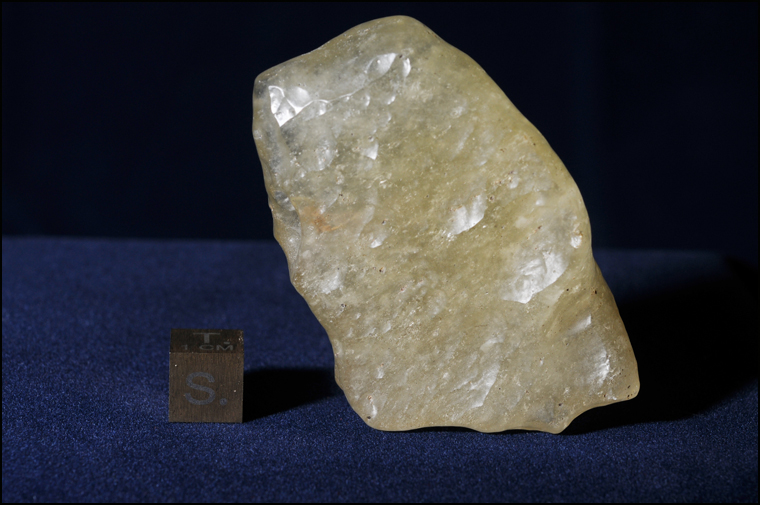 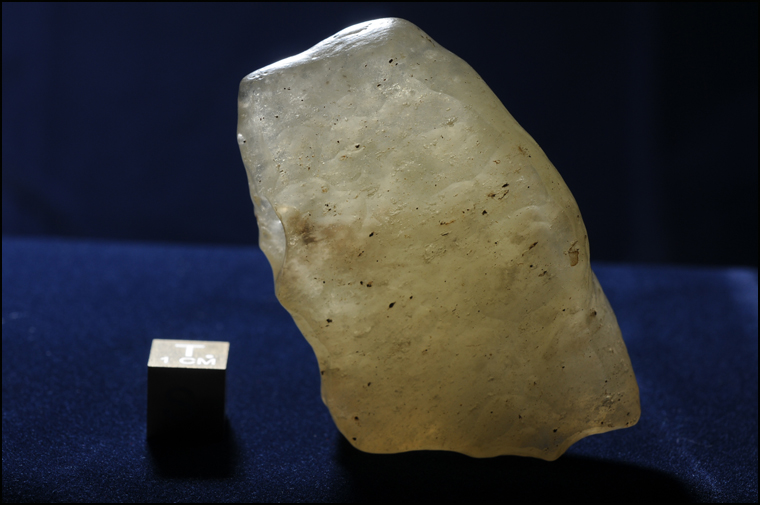 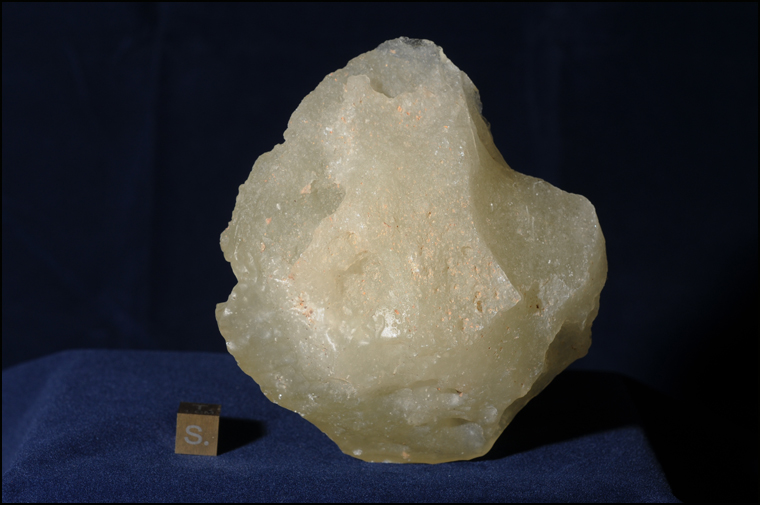 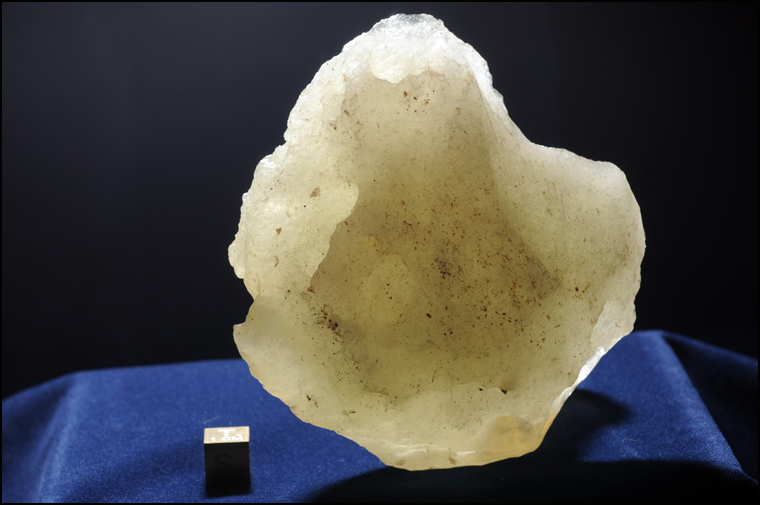