‘The eye of God’ documentary for the History channel

In September 2014 I supplied some photographs of some of my Chelyabinsk specimens to a TV production company. They were to be used in a documentary series titled ‘Secrets of the Earth’, specifically the episode titled ‘It fell from Space’ which told the story of the Chelyabinsk meteorite fall of February 2013. I had initially been contacted via my Flickr photo feed but the researcher involved had stayed in touch and subsequently re-contacted me in early 2015 to ask me to supply some more photographs for another documentary series. This was for a long running series titled ‘The Universe’ that airs on the History channel and is currently up to series 8. The production company were working on this current series and wanted my images for an episode called ‘The Eye of God’, part of which featured the famous and historic Ensisheim meteorite fall of 1492. I sent over a selection of images and they decided on two that they felt best fitted in with the narrative of the story. I then supplied hi resolution versions of the images they wanted and waited for the news that the episode was completed. In May 2015 I received a DVD of the finished episode which I eagerly watched. The part on the Ensisheim meteorite fall was quite short but there they were, my images were on the big screen!

As the credits began to roll I looked out for my name and as with the previous documentary I was thrilled to see my name on the same credits page as NASA. However my grin got larger as I spotted another name on the credits sitting just above mine…………………………George Lucas! Now that is some pretty epic company to share a credits page with. There is some footage in the show of the ‘Death Star’ from Star Wars hence the Lucasfilm credit. Now never ever in my wildest dreams did I think that my name would appear anywhere near that of George Lucas on a TV screen so did definitely allow myself the luxury of a metaphorical pat on the back! 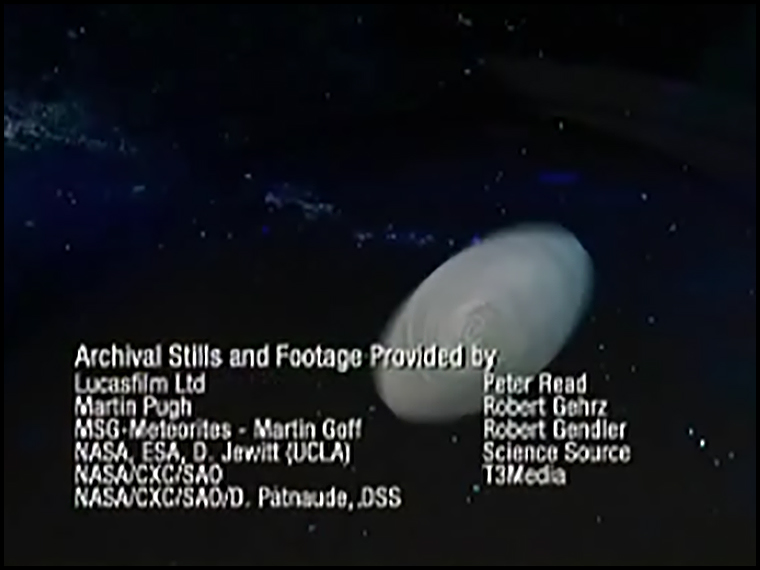 My name on the big screen 🙂

I have edited together a small compilation of the show which can be seen here:

The following two photographs are the ones used in the documentary, both of which were taken during my memorable first trip to Ensisheim in June 2014. 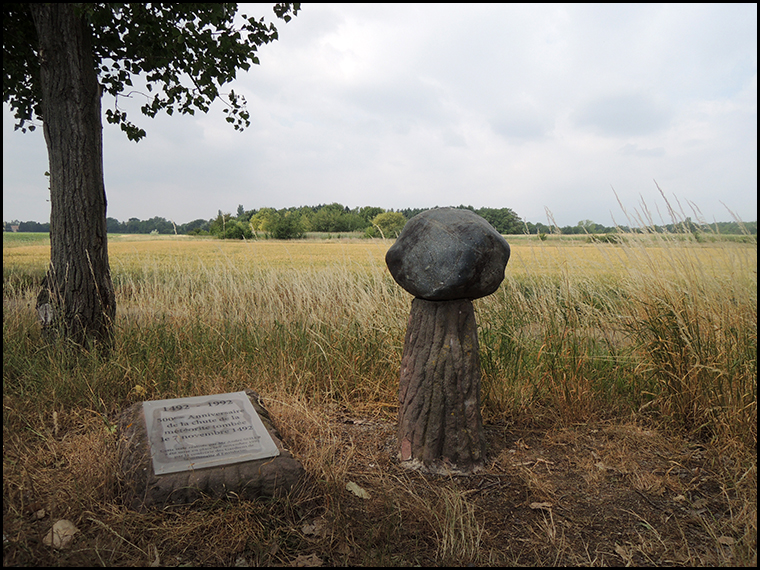 The monument marking the fall spot of the Ensisheim meteorite. 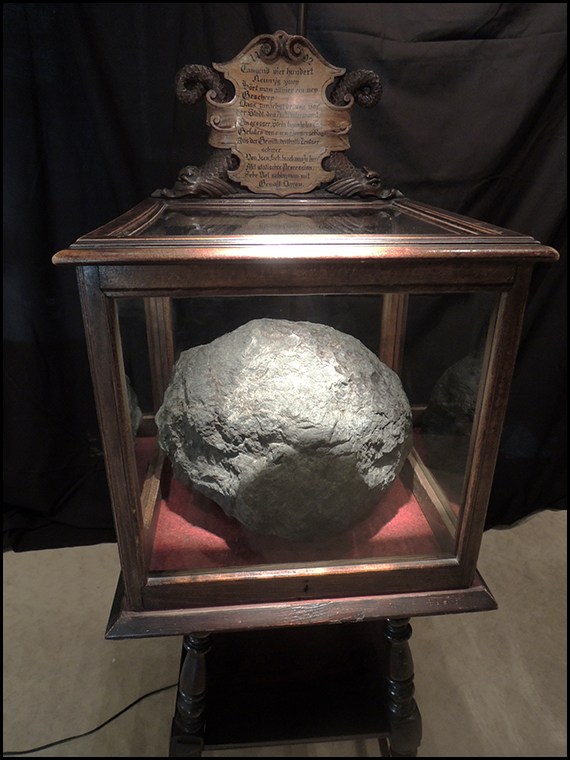 After this trip I became hooked, as everyone said I would, and I now hope that the Ensisheim show becomes an annual pilgrimage that I will look forward to every year.

‘It fell from Space’ documentary for weather channel

My first ever trip to Ensisheim