THE FIRST STEP ON THE MOON

On July 20th, 1969 at 9:56 pm (UTC-5), Neil Armstrong, aged 39, was the first to touch the lunar surface with his footprint uttering the now famous phrase “That’s one small step for a man, one giant leap for mankind”.

50 years ago to the day, Man accomplished an extraordinary feat by finally putting his foot on a celestial object other than Earth.
The “LUNAR 1969” limited edition watch of 1969 numbered pieces pays tribute to these pioneers of space travel that stirred the dreams of all mankind.

This timepiece retraces the epic Apollo missions. It contains the geographical coordinates of each lunar landing. On the lunar surface, a bright spot indicates the location of the first step on the Moon.

To mark this historic moment in time, the date of the Apollo XI landing, “July 20 1969″ is engraved on the case at 9:56 pm, while the name of the famous basalt basin “Mare Tranquillitatis” is engraved at exactly 12 o’clock.

To add a celestial touch to this mistress of time, we’ve also inserted a fragment of a lunar meteorite at the 12-hour mark – which comes with a certificate of authenticity.

An extraordinary and authentic story to pass on to future generations …

A certificate proving the authenticity of the fragment lunar meteorite will be delivered with the watch as well as the possibility to get knowledge of the various components of the lunar rock through an official website The meteoritical society“.

The watch has a limited edition of 1969 and will be sold in order starting with number 1. Watch number 15 is already taken by Apollo Astronaut Al Worden as we gifted him a specially engraved watch to commemorate his achievements as Command Module Pilot on the Apollo 15 mission. 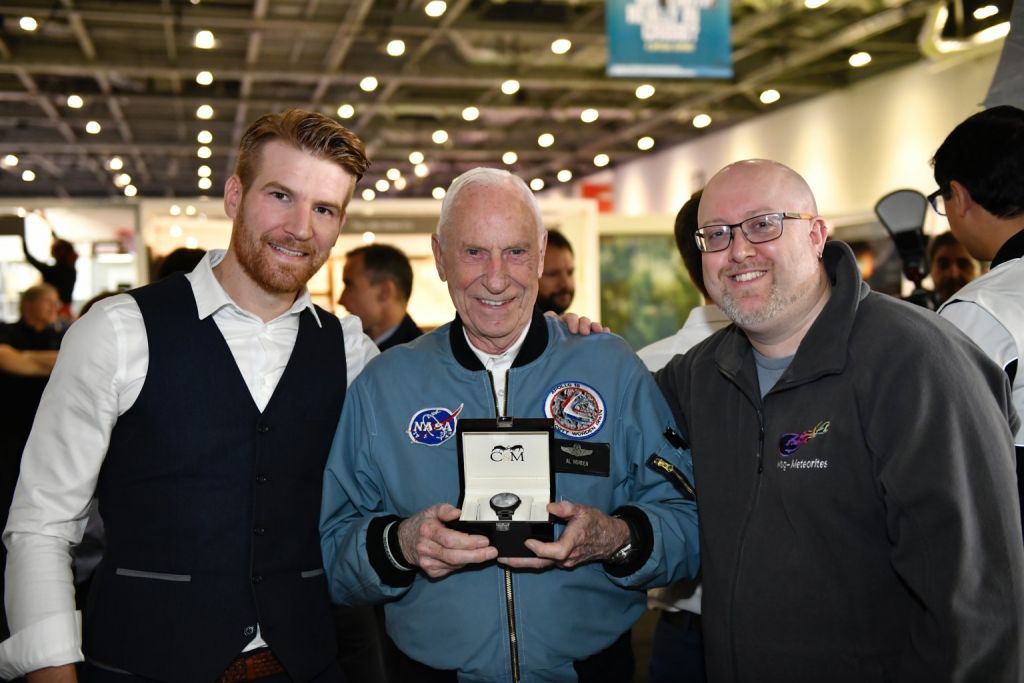 The first test flight into near space of a lunar 1969 watch.

The watch is also available in stainless steel quartz version and a mechanical automatic version.